Jezreel Corrales will defend his WBA Super World super featherweight championship in a rematch against Takashi Uchiyama over a scheduled 12 rounds at the Ota-City General Gymnasium in Tokyo on Saturday, December 31.

The 25-year-old southpaw has fought out of his native San Miguelito, Panama, since 2009 (20-1, 8 KOs, 1 No Contest), winning the title in his most recent fight, this April, by unexpectedly knocking out Uchiyama in the second. The previously undefeated Japanese warrior found himself knocked down three times in that belt-changing round. “El Invisible” has only lost once, beaten by Jhonatan Arenas via unanimous decision in April 2009, his second bout.

Third-ranked by the WBA, Uchiyama, who’ll turn 37 on November 10, is an 11-year ring vet who fights out of Tokyo (24-1-1, 20 KOs). He won the title by stopping Juan Carlos Salgado via 12th-round TKO in January 2010. “KO Dynamite” successfully defended 11 times (drawing once) before losing to Corrales. He’d been upgraded to “super” champion in February 2015.

“I’ll avenge my previous defeat and regain my belt,” promised a confident Uchiyama.

On the same card, Ryoichi Taguchi will defend his WBA World light flyweight title against Carlos Cañizales over a scheduled 12-rounder.

Taguchi, who’ll turn 30 on December 1, is a 10-year ring pro who fights out of Tokyo (25-2-1, 11 KOs). He won the title in December 2014 by beating Alberto Rossel via unanimous decision. He’s successfully defended his belt four times, most recently this August, beating Ryo Miyazaki by unanimous decision. Although Taguchi has lost twice, he’s never been stopped.

Third-ranked by the WBA, 23-year-old Cañizales is a two-year ring vet who fights out of Caracas, Venezuela (16-0, 13 KOs). Hard-hitting and undefeated, if largely untested, “El Pancito” won the WBA Fedelatin light flyweight title in October 2015 by beating Robert Barrera via split decision. He last fought this October 1, stopping Vicente Mirabal by third-round TKO.

“I’d like to show my improvement against an unbeaten challenger,” said Taguchi of Cañizales. 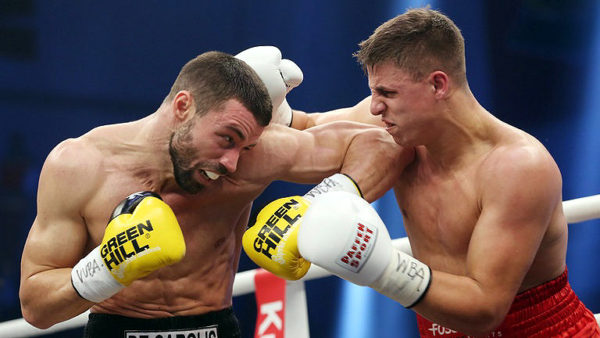