On January 7, 2016, the WBA Championships Committee issued a Resolution titled Clarification of the Super Bantamweight Division, which concerns the status of Guillermo Rigondeaux, Scott Quigg, and Carl Frampton.

Since 2012, Rigondeaux has been the subject of managerial/promotional disputes and has only defended his title four times since September 15th of that year, the last defense being on December 31, 2014, against WBA #10 ranked Hisashi Amagasa in Osaka, Japan.

Because Rigondeaux failed to defend his WBA title within the stipulated time frame, and had no immediate plans to defend his championship belt, he was designated Champion in Recess.

Championship Committee Chairman, Gilberto Jesus Mendoza Jr. said at the time that “Rigondeaux is presumed to know that a champion must regularly defend his title, remain active, and follow the WBA’s instructions regarding title defenses. Rigondeaux has not defended or scheduled to defend his title in a timely fashion culminating in only four bouts since September 15, 2012.

“In light of Rigondeaux’s impressive record and accomplishments, the delays associated with his various managerial/promoter disputes, and the loss of his unification status, Rigondeaux is named Champion in Recess. Rigondeaux must come out of recess and face the Champion on or before May 1, 2016.”

Rigondeaux has heard the call.

According to Mendoza, “Rigondeaux shall come out of recess and face the winner of the February 27 unification bout between WBA champion Scott Quigg and IBF champion Carl Frampton. The winner of said bout, or Quigg if the fight is ruled a draw, must fight Rigondeaux on or before July 27, 2016.”

If a purse bid is necessary for Rigondeaux/Quigg or Rigondeaux/Frampton, the purse bid split will be 55% to Rignondeaux and 45% to Quigg or Frampton. If it appears no agreement can be reached by the parties involved, either side may request a purse bid. 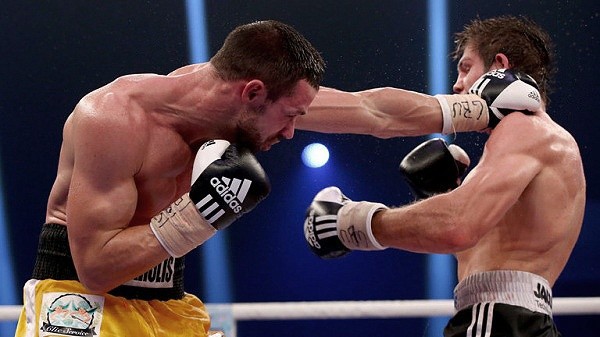