Cermeño, the reigning and defending titleholder, tipped the scales at 121.9 pounds (55.3 kg).

Their first fight, on June 24 at Capital Gym in Beijing, was for the vacant WBA World super bantamweight title and ended when Cermeño forced a TKO stoppage at 1:11 of the 12th and final round.

Three months later, on September 30 at Wenzhou Gymnasium in Wenzhou, China, Cermeño scored a third round knockout over Anurak Thisa, the tough Thai from Bangkok, in his first defense the WBA World super bantamweight title.

Tomorrow’s fight will be Cermeño’s second defense of his crown.

Celso Chavez, Cermeño’s trainer, said, “We will use the same game plan we used in the first fight against Qiu. There will be no changes because in the first fight we got the results we wanted. We will continue pressing and hitting the body hard.

“We know it will be a tough fight, but Nehomar is focused and concentrated on the plan to beat the Chinaman a second time.” 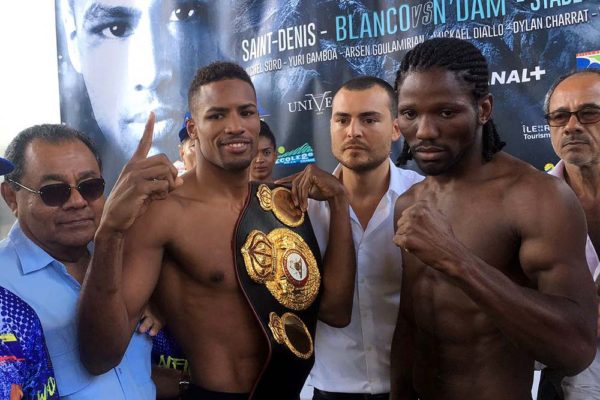