Ryota Murata needed a renewal to recover his World Title belt of the World Boxing Association (WBA) and in this camp was the presence of Venezuelan Carlos Linares as head trainer to get even with Rob Brant in Osaka, Japan.

At just 30 years of age, the former Barinas boxer has managed to turn his first pupil into a world champion. With an experience of just two years, Linares makes his way through a litter of young coaches from Venezuela, where he stands out along with Hector Manzanilla.

“It was a five-month preparation in which we focused on correcting several things to Murata. I had the opportunity to lead the camp and have the help of Sendai Tanaka for Murata to be champion again,” said an emotional Linares from Japan.

“The intention was that Murata moved more than in the first match, but also that he threw more punches and that he did not throw the body backwards. Things were done to a T and a victory was achieved by knockout,” continued the corner boss of the Japanese native.

As he himself tells, Akihito Honda, a world-famous Japanese promoter, gave him the opportunity and the Venezuelan has taken advantage of it: “Two years ago Mr. Honda gave me the chance to come to Japan. I did it with my wife and my son and I worked to get this. We did a good job with Murata. I’ve also worked with other fighters and with my brother Jorge, who will soon return to the ring.”

The Land of the Rising Sun is not a country that one finds it particularly difficult to adapt to. He had already lived there for six years when he was a boxer and returning was just a second chance to excel in the sport he loves, but from another role.

Now, Linares wants to be part of the history of Venezuelan boxing and forge his way. “We have a lot of talent in Venezuela. There is relief between the coaches. I always admired Jorge Zerpa, who was my coach and now we have to take the step. It’s not just me, there’s also Hector Manzanilla and other great talents in the country who are ready to train and perfect the talent of the fighters.”

Murata winning the championship back is the first great achievement for Linares, who has now officially begun his new path which aims to achieve great things in the world boxing. 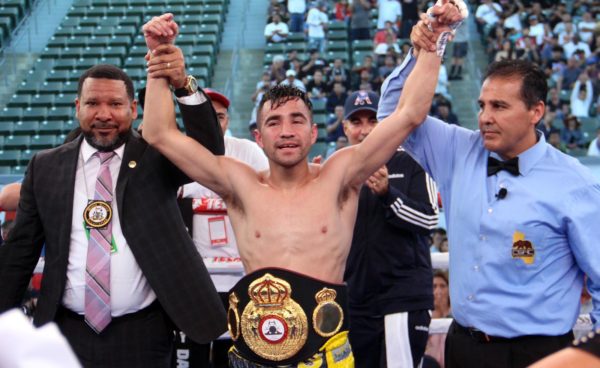