Canelo Alvarez and Daniel Jacobs kicked off the promotional tour for their fight on May 4th at the T-Mobile Arena in Las Vegas, where they will compete for the Super Middleweight Championship of the World Boxing Association, in addition to those of the World Boxing Council and the International Boxing Federation.

“I am proud of being able to represent my country. Thanks to Golden Boy, DAZN, to the Canelo Team for always being supportive. I always like challenges, today we have a great challenge in front of us with Daniel Jacobs. We know the ability he has, the skills he has. He is a great fighter, a fighter who knows how to manage the ring well” said Alvarez (51-1-2, 35 knockouts).

“And we are going to prepare as always, we will have a great preparation with the responsibility that we always assume to go out with our hand held up on May 4th and give people a great fight,” said the Mexican, who came to win in 2018 the WBA Middleweight title by beating Gennady Golovkin and also the WBA Super Middleweight triumph over Rocky Fielding.

“I have a lot of respect for Canelo and Golden Boy for accepting the fight, he’s a real champion and facing another champion says a lot, so I take my hat off, and we’re going to give the fans a big fight, this fight is for the fans”, commented Jacobs, who already held at one point in his career the title of the WBA of 160 pounds.

“Obviously the legacy will be at stake, he is already established, but for me it will be winning all the titles at stake to consolidate my legacy. I’m from Brooklyn, New York, and it’s never been easy,” said Daniel, who will arrive with a 35-2 mark that includes 29 knockouts in the highly anticipated unification contest.

Castano and Lara fight for a place in the elite class 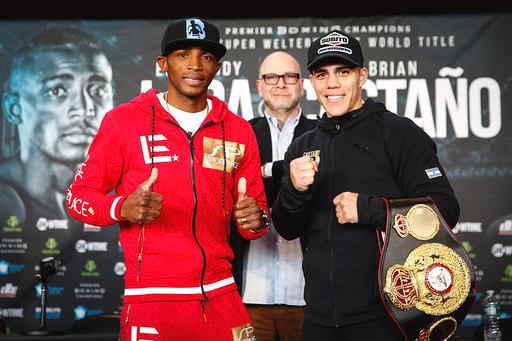