The Mexican Saul ‘Canelo’ Alvarez and the Englishman Rocky Fielding began with the promotion of their fight, which takes place on December 15th for the regular Super Middleweight Championship endorsed by the World Boxing Association at Madison Square Garden in New York.

Canelo, current WBA super world middleweight champion, will seek his third divisional title against Fielding, who will make the first defense of the 168-pound title he won in Germany against Tyron Zeuge. The fight will be promoted by Golden Boy Promotions via Oscar de la Hoya and Matchroom Boxing by Eddie Hearn.

Canelo and Fielding visited different sports media in the Big Apple before coming face to face in the highest part of the Empire State Building and also in the Hard Rock Cafe in Times Square. On Wednesday, tickets for the billboard will go on sale, with prices ranging from 50 to 1,000 dollars, according to the organizers.

To win this battle for the black and gold belt of the WBA, Canelo would be the tenth Mexican to achieve a third divisional weight class title, while Fielding will try to earn his biggest victory in just over eight years of being a professional fighter.

Canelo and Fielding meet at the Big Apple for press conference 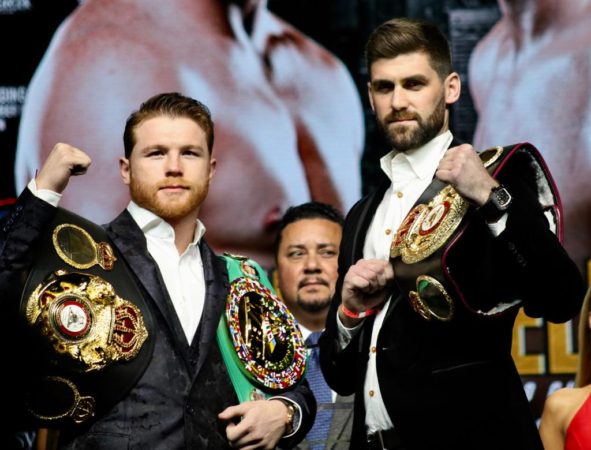