Chinese world champion, Can Xu will defend his WBA Featherweight title in hometown, FuZhou, JiangXi province, China on May 26th, 2019. The first press conference is hold in M23 Boxing Gym of Beijing which is the base for boxers from Max Power Promotions at local time 15:00PM of Apr. 12th in Beijing. The challenger, Shun Kubo, the former WBA Super Bantamweight world champion, and manager, Mr. Yamashita Masato, attended the press conference.

As the 4th Chinese pro-boxing world champion, Can Xu (25 year-old, W16-L2-D0, 2KOs) was crowned WBA Featherweight world title by defeating Jesus Rojas, Puerto Rico via unanimous decision in Huston, Texas, USA on Jar. 26 this year. Can won with of 118-110, 117-111,and 116-112. His first defence attracted concerning of medias home and abroad. Several domestic promoters from Shanghai, Macao and other Chinese cities would like to co-promote this events. Finally, Max Power Promotions, Can’s manager, made the decision to hold it in his hometown, FuZhou, JiangXi province.

“I am Can, I can. This is a great chance for me to defend title in my hometown. It’s great honor for me. Shun Kubo is a good opponent. His is a tough boxer. We’ll have a good fight before the audience of my hometown. I will try my best to prepare the fight and win my defence. Keep the title in China” Can Xu said.

“Thanks for the good chance. I am very happy to be here.” Shun Kubo said. ”I will bring the world title belt back to Japan. I have the confidence.”

Japanese challenger, Shun Kubo, (29 year-old, W13-L1-D0, 9KOs), won WBA Super Bantamweight World Title by defeating Nehomar Cermeno via RTD of RD11 in Tokyo on Apr. 9, 2017. Coincidently, Can Xu defeated the same opponent on October of 2017. Kubo lost his first defece by Daniel Roman (W26-L2-D1, 10KOs) in September. Last year, Kubo adjusted his division to Featherweight and won the first fight of Hiroshige Osawa, who is No1 of WBA world ranking. At present, he is rated No. 10 of WBA.

The new Chinese WBA International Flyweight Champion, Wulan Tuolehazi will have his first defence on May 26th co-main fight card. Though, his opponent is to be appointed at present. His fight still attracts media’s concerning. He is recognized as the next Chinese world champion after Can Xu. 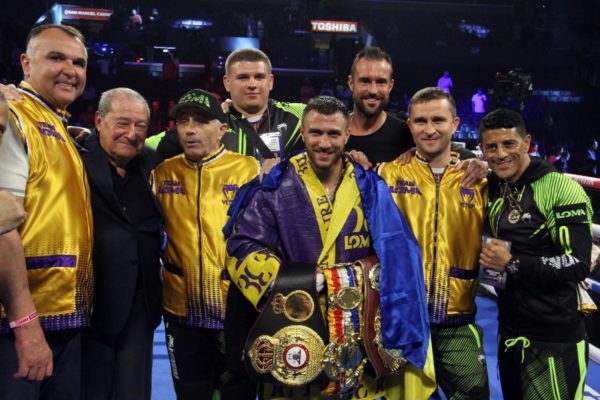