Burns, a three-weight world champion who knocked out Michele De Rocco in May to win the vacant WBA title, struggled early and late in the fight but dominated the middle rounds. Burns used his seasoning and experience to weather the storms to earn the nod.

“He hurt me in the second round and he could whack,” said Burns. “There were a couple of times when he shook me with body shots and head shots, but I managed to hide it from him and I stuck to my tactics and stayed on my bike.

“I know people go on about big punchers, but there were some punches there—I can hardly lift my hands. I feel sore. That boy could bang. But I stuck to the game plan. We stuck to boxing and didn’t get dragged into a fight for once. The win is the main thing. We move on to the next one.”

The next one may be a big-money fight against former four-weight world champion Adrien Broner.

“I think it’s time to go on the road,” said Eddie Hearn of Matchroom Boxing, “and Adrien Broner is 100 percent the fight Ricky wants and we’re going to push and try to get it in December. It’s time to go to that next level and roll the dice every time.”

“I’m more than happy to go to America,” Burns told Sky Sports. “I don’t see the point in going anywhere else. At some point I can get a big fight over there. If the money is right, I will fight anyone. Broner, when he is on his game, is a very good fighter but these are the fights I’m in the game for.”

Relikh’s promoter Ricky Hatton was unhappy with the decision.

“You can see how disappointed I am,” said Hatton. “I can’t say it was a bad result but the scoring was shocking.”

“I haven’t shown what I’m capable of,” he said. “I’m used to fighting, not playing hide and seek. I tried to get through but he was running away and that was the problem.”

“Fair play to him,” said Burns. “He stuck at it for the full 12 rounds. He was still in there at the end. He’ll definitely come again, he’s a good fighter.” 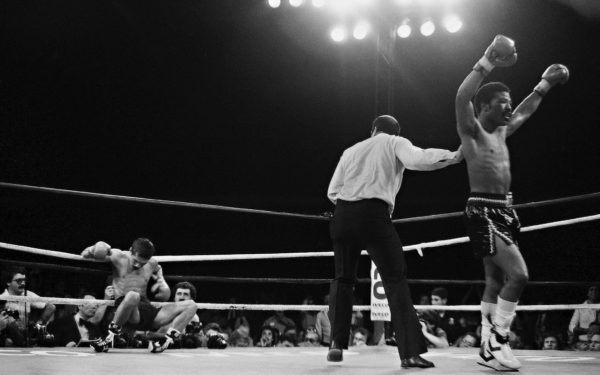