Entering the bout Taguchi was undefeated in his previous ten fights since losing a decision to Naoya Inoue in “The Monster’s” fourth pro fight in August of 2013. Taguchi convincingly beat Alberto Rossel for the WBA World Light Light Flyweight Title in December of 2014, while also gaining “Super Champion” status in his last fight this last December against Milan Melindo.

The fight took place at Tokyo’s Ota-City General Gymnasium and was a good scrap as Budler put his defense and boxing skills on display to thwart the aggressive Japanese fighter for the majority of rounds.  Budler also had a high output, knowing that he had to up his work rate to outscore Taguchi.

Budler survived a knockdown in the final round to squeeze out the unanimous decision, with the knockdown originally being called a slip by the referee but reviews of it confirming that a left hook landed and it was indeed a knockdown scored off a punch.

The overturning of the referees ruling and point deduction on all three cards made the scorecards very close but it still did not matter in the end for the South African, who was ecstatic about his victory that added another World Boxing Association Title to his laurels, having previously been the WBA World Minimumweight Champion. 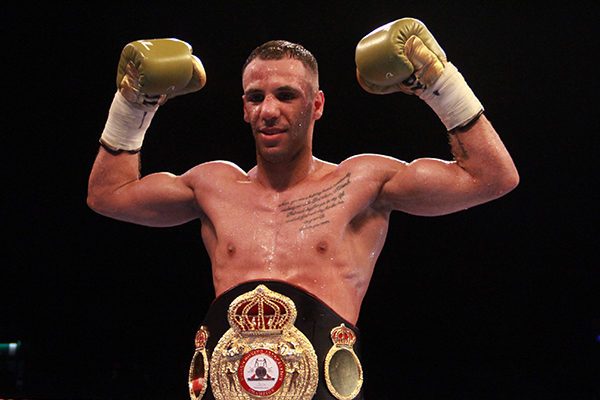