Dmitry Bivol, World Boxing Association (WBA) light heavyweight super champion, is the most solid champion in his division. So much so that he is in the top ten of the fighters who have held his belt the longest and is on the verge of surpassing Virgil Hill.

His career to the top in the rented boxing started when he got the WBA-Intercontinental crown in November 2015 with 4 fights laid down, but he wanted more and better challenges. That’s why, in May 2016, when Bivol was ranked 9, the WBA granted him the opportunity to fight against Dominican Felix Varela, interim 175 lbs. monarch.

The bout was held in Moscow, Russia and Bivol won it without any fuss. He knocked his opponent down twice and the judges gave him a unanimous decision. Thus, the interim became his door to success in the professional ranks, because at that time the champion of the category was a solid Juergen Braehmer, from Germany, who had 5 defenses under his belt. While the super champion was Sergey Kovalev, who obtained such distinction after defeating Bernard Hopkins in 2014.

After two defenses of his interim, the Championships Committee promoted him to champion because Badou Jack vacated his title, and in each of his 7 defenses he proved to be the most solid of the division and a very complicated opponent. Thus, in his eighth defense, he got the opportunity to fight Canelo, which he had already talked about in 2020, and he did not miss the opportunity to prove that in the light heavyweight division he is the best and, now, everyone knows it.

A story that would have been more complex to tell if Bivol had not won the WBA interim championship before.

Charlo and Castaño will meet again in the ring 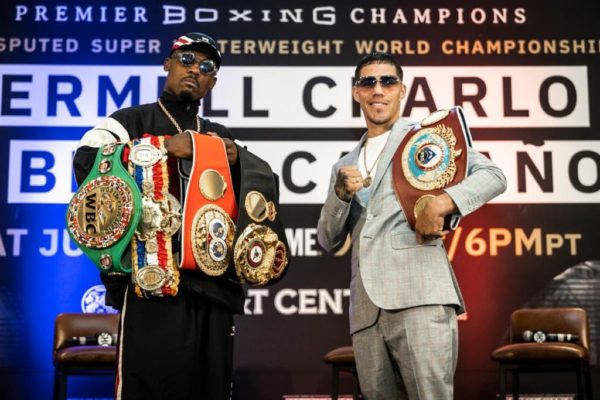