Dmitry Bivol and Gilberto Ramirez were face to face in the last press conference before their World Boxing Association (WBA) Super Light Heavyweight Championship bout this Saturday at the Etihad Arena in Abu Dhabi.

The promotion for the fight has been incredible and the public has been expectant of the clash between two undefeated fighters who are going through their best moment and who have only one goal at this point in their career, to leave the ring with the crown in their waist.

Bivol is the champion and has proven that he is one of the best pound-for-pound fighters in the world today. The black and gold monarch knows it will be a big fight but he has no doubt that he will keep his WBA championship.

“I don’t want to lose my belt and I’m going to fight to keep it. I want more. This will be an exciting fight, don’t miss it”, assured the champion.

Ramirez was confident and motivated. He is facing an opportunity he had wanted for a long time and feels he can’t waste it.

“44 have tried and 44 have failed,” he said in relation to all the opponents he has defeated in his career. “I truly believe I will become a two-time world champion this Saturday. I will be taking that belt.”

Both already completed the public training last Wednesday before this press conference. Now they are left with the official weigh-in on Friday and in which both must make the 175-pound regulation weight to fight for the title.

Morrell and Yerbossynuly confident ahead of Saturday fight 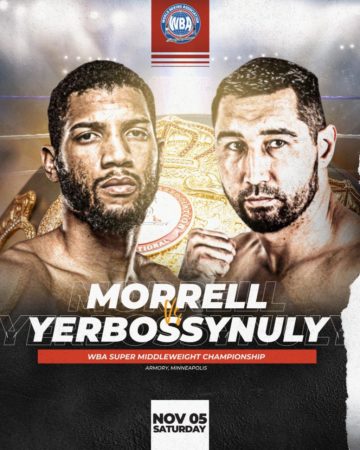