The card will take place at the Casino de Monte-Carlo in Monaco and it will be promoted by Eddie Hearn’s Matchroom Boxing. It will be shown live on Sky Sports in the UK and DAZN in the United States.

The two fighters were originally slated to fight for the WBA’s interim welterweight belt but the bout was upgraded to the regular title when Manny Pacquiao defeated Keith Thurman, thereby earning the super title and leaving the regular vacant.

Besputin is coming off a unanimous decision victory over Alfredo Rodolfo Blanco in April. Besputin figures to be a favorite in the fight seeing as how he had a deep amateur career and is a stablemate of Vasyl Lomachenko. Besputin is currently ranked number 1 in the WBA rankings.

Butaev is coming off of a unanimous decision victory over Silverio Ortiz in May. Butaev hails from Russia but makes New York his home base. He is currently ranked number 2 in the WBA rankings.

Also featured on the card from Monaco will be “The First Lady of Boxing” Cecilia Braekhus, who will be defending her World Boxing Association (WBA) World Welterweight Title against Victoria Noelia Bustos in an undisputed welterweight queen showdown.

The referee’s work begins before the fight 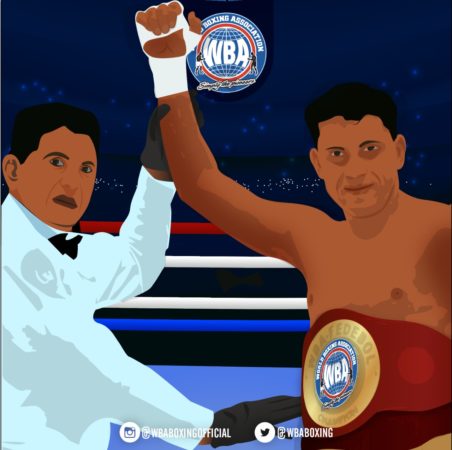