Two former world champions will clash this Saturday at the Cosmopolitan, Las Vegas, Nevada for the Lightweight Championship of the World Boxing Association (WBA). Both men made weight, with the Cuban native Rances Barthelemy coming in at 135.0 pounds and the American native Robert Easter Jr. coming in at 133.75 pounds.

Barthelemy returned to 135 pounds after a couple of fights in higher weight classes where he did not fare so well. He will have the opportunity to return to championship status in the weight category that has seen him have his best fights but he will face a tough opponent in Easter. He is coming to knock out Robert Easter after falling last year against the Belarussian Kiryl Relikh for the 140-pound title.

For his part, Easter Jr. could not compete with Mikey Garcia in his most recent match and fell by the way of the scorecards. The American is immediately known by his height, which makes him an uncomfortable boxer and difficult to find for his rivals. He also has a very high punch average and tends to overwhelm his opponents thanks to his punch volume and hitting from long distance.

Roman beats Doheny in fourth defense of his WBA belt 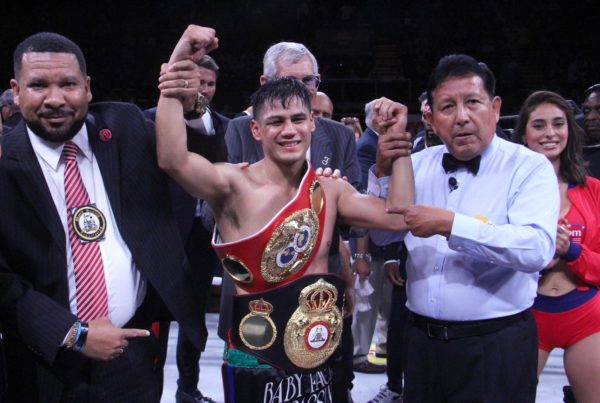