Top seeder from Panama Jaime “Little James” Arboleda defeated by split decision to Puerto Rican Jayson “La Maravilla Vélez” in an elimination match for the WBA Super featherweight championship, in a clash at the PPL Center in Allentown, Pennsylvania, USA.

During the beginning of the combat “La Maravilla” tried to use his strength to back up Arboleda, who who was getting better as the fight went on, using his boxing and reach advantage to keep the Puertorican as far as possible up until after the middle of the fight

When it seemed that the superiority of Arboleda would be wide, the puertorican caught a second breathe, and he started pushing with all his arsenal, he even –knocked Arboleda down in the 12th round in a dramatic fashion, Arboleda had to back up and managed to survive until the end of he fight.

After this victory Arboleda improved his record to 16 wins, 1 Loss, and 13 Kos, meanwhile Velez new record is 29 wins, 6 losses and 21 Kos. 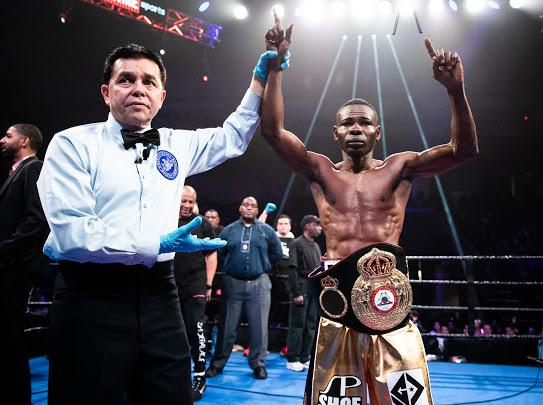