Angel Rodriguez is one of the most outstanding technical prodigies that has graced Venezuelan boxing in recent years. His boxing ability led him to be one of the most resounding names of his national team in the amateur field and to achieve important achievements in the professional field.

However, different personal problems have taken him away from the ring. “Humble”, as he and his surroundings have nicknamed him, has had to go through different situations that forced him to distance himself from the sport he loves for around two years. Now, with a clearer mind and with his desire intact, he will return on July 6th for the “Explosive Test” card, which will be held at the Sugar Baby Rojas stadium in Barranquilla.

“After almost two years of inactivity, I have been in the gym for three months. I have this time focused on what I want, what I have always dreamed of. Although there are still several days left, I feel one hundred percent ready for this,” said the native of Irapa, in Venezuela.

Different names have been spoken as rivals for Rodriguez, but several have had to withdraw from combat for different reasons. The promoter is still looking for someone who can measure himself against Rodriguez but that does not affect his preparation.

“I have never prepared myself thinking about the rival. I always do my preparation based on myself and on being ready for what is presented. The rest is to adapt and correct on the ring,” said the stylist who was a sparring partner of Manny Pacquiao before the fight against Floyd Mayweather Jr.

The ability to concentrate, after going through the situations with which he had to deal with, has been one of the points on which he has worked for his return: “Problems are part of life, but one must put them aside and go ahead. Right now there are no problems in my mind and I know that they are giving me a great opportunity that I should not miss. “

His most recent fights have taken place between 130 pounds and even at lightweight, but his reappearance will be in the featherweight division at 126 pounds.

“The preparation has been hard and a few months ago my work team and I realized that we are very low in weight and that’s why we made the decision to go down. Actually, this is my natural division and it’s going to be good for me to fight here,” he continued.

In this new stage, Rodriguez stressed that his goals are still intact and that the goal is still to win a championship belt.

“I want to win this match and see what happens next. I want someone to give me the opportunity. I thank Gilberto Jesus Mendoza for trusting me and I hope to have a chance sooner rather than later to achieve my dream,” he added.

The Venezuelan has a record of 17 wins, 1 loss and 8 fights won by knockout, numbers that show his quality inside the ring.

Jorge Zerpa: "Our idea is not only to win, but to leave a pleasant impression" 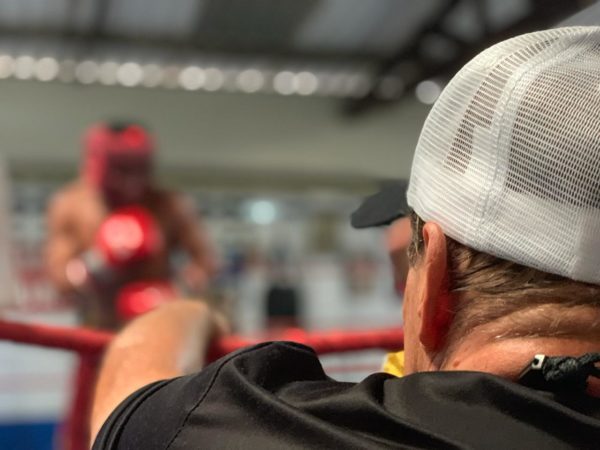