One of the interesting fights that will take place this Saturday in London will be the confrontation between the Irish Caoimhin Agyarko and the Polish Lukasz Maciec, who will fight for the international belt.

Agyarko moves down a division to fight an experienced opponent at super welterweight and look for a new regional belt that will help him move up the career ladder.

“I expect a tough fight this Saturday. I’m ready to make my mark in the 154-pound division,” said the 25-year-old fighter.

As for Maciec, he promised to give a great fight and surprise the world by breaking Agyarko’s undefeated record, for which he expects to put all his tools into practice in the ring.

Agyarko is undefeated in 11 fights with 7 knockouts, while Maciec has 28 wins, 4 losses, 1 draw and 5 knockouts.

Madrimov and Soro face to face at a press conference 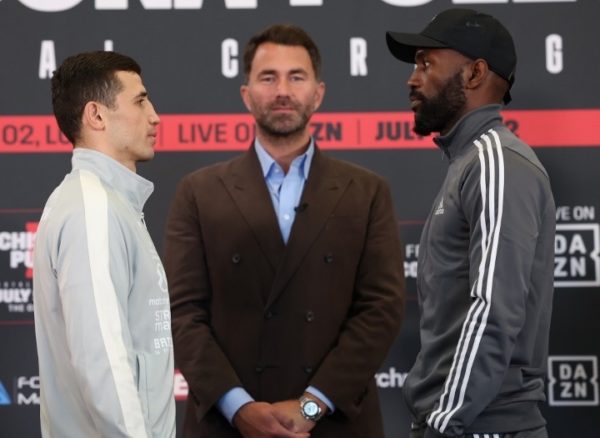