One year ago, boxing world suffered a great loss, Gilberto Mendoza, emeritus president of the World Boxing Association, who died in Caracas, Venezuela in the evening of March 11.

It was very hard for the sport because Mendoza was a visionary who promoted great changes in boxing such as fairer conditions for athletes.

However, the WBA emeritus President had made his way within the organization, when he wrote the norms and procedures for ratings (still used at present and praised by Bob Arum in the past), the Supervisor Manual, and modified the rules and regulations so that they were up to the time.

He won the election in 82 thanks to his hard work and to a great speech praising his opponent and greeting every WBA past president.  From that moment, he began a changing process, whose priority was the boxer.

Thanks to Mendoza, promoters respect for boxers grew, as well as the athletes’ purses.   In 1989 he created the WBA “KO Drugs” campaign, the first crusade against drugs; in its early stage promoted other sports. Great figures like Jorge Linares, Gennady Glolovkin, Marcos Rene Maidana and most recently, Jezreel Corrales were born from these festivals.

Mendoza was the promoter of the rounds reductions from 15 to 12, and the weigh-in the day before the fight.

However, his work was not limited to rings, Mendoza always fought for the weak; taking a strong stand against the Apartheid back in 1986, when all the organization excluded South Africa, he search to keep them to integrate black and white in the boxing commission of that country. Fighting the Apartheid with inclusion.

Unfortunately that idea was not well accepted at that time, and in 1986 at the convention of Reno, Nevada South African representation was banned from the WBA by a vote of 30 to 18,.

This was a hard blow for Mendoza, who always bet on solving problems from union and integration, like Nelson Mandela did when he became president of his country. However, Mendoza did not stop; he built a gym in South Africa and managed to keep the South African world champions on the condition that they defend their belts abroad.

Mendoza was a boxing leader, and also a Scout leader.  He stood out in whatever he did, because he did everything with the greatest passion. That is why he held important positions such as the presidency of the National Scout Advisory Council (Venezuela) and later Executive Member of the Inter American Scout Committee.

We cannot overlook his great work in the sugar company “Central El Palmar”, the place he loved and where he held positions like Human Resources Director and lastly Adviser.

The child who was “discovered” playing ball, looking after his dog and studying, took advantage of a scholarship, which he traded for a job, graduated as B.A. Industrial Relations at the Andres Bello Catholic University, with a post-graduate degree in the area of Administration and Organizational Development at the University of Toledo, Ohio, USA, and a specialization in Formal Business Planning processes from the Stanford Research Institute in Palo Alto, California.

It was a rich life, well lived and exploited.  Even now many people remember him and are grateful him for his many good deeds, especially for everything he did for boxing. 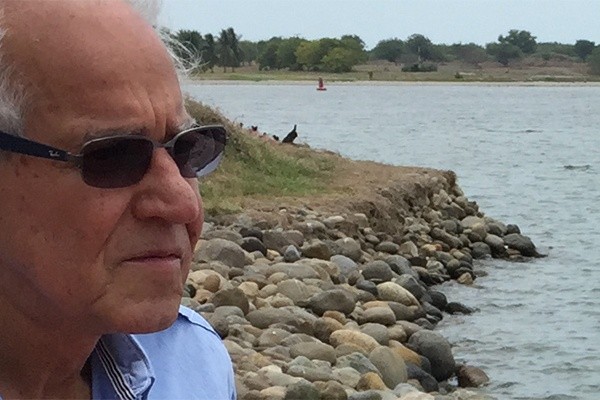