The diet of a Boxer is of crucial importance in effectively preparing him for a fight, and in ensuring that he is optimally poised to take on his opponent. Care has to be taken through the dietary programme to achieve and retain a high level of energy fuel for the night of the fight. This calls for careful management of both the training and dietary regime pursued by the boxer in order to produce the stamina, fortitude and resilience required for his successful pugilistic engagement.

Glycogen, which is derived from carbohydrate in the diet, is the fuel, which is stored in the muscles and is used for the contraction of muscles. When therefore, the boxer rests during the last week before the fight or decreases his energy output during that week, there is more glycogen stored in the muscles, and this glycogen would be used on the night of the fight to provide him with extra energy fuel.

If a boxer continues intensive training right up to the last day before the fight, he would have depleted his glycogen content in the muscle and he would have significantly reduced his level of energy fuel. In other words, he would get tired faster than his opponent who may have rested completely during the last day and who had decreased his energy output in training during the few days before the fight.

In marathon running, it has proven advantageous to follow a diet regime one-week before the great race, which serves to boost glycogen storage in the muscles of runners. In this case the diet regime commences six days before the race and requires that on the first three days an intensive training with a high protein, fat diet without carbohydrates be pursued. During this period the muscle will be starved of glycogen.

From the fourth to the sixth day a high carbohydrate diet with sugar should apply, and there should be corresponding reduction or gradual stoppage of training. The significant benefit deriving from the observance of this diet regime is that the capacity of the muscle to store glycogen is substantially increased. 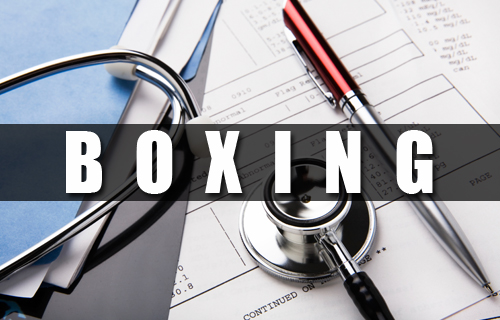 Some common injuries in Boxing