Japanese southpaw Yoko Gushiken, ex-WBA junior fly champ who registered thirteen defenses to his credit for four years and a half from 1976, recently produced his first world champ as promoter/manager last year.  That .F N”s WBA female super-fly ruler Naoko Yamaguchi (20-3-3, 16 KOs), who will defend her belt against Italian challenger Loredana Piazza (9-1, 4 KOs) in Tokyo on April 10.  It was announced by Gushiken at his gym, where plenty of press people gathered to listen to his eloquent speech.

Yamaguchi, formerly a javelin thrower with strong shoulder, dethroned compatriot Tsunami Tenkai by a close decision last July and made her initial defense against Mexican Judith Rodriguez last November.  Piazza tasted her only one setback when she failed to acquire the vacant WBO 115-pound belt, losing to Carolina Duer in 2010.

Andre Ward is focused on his recovering 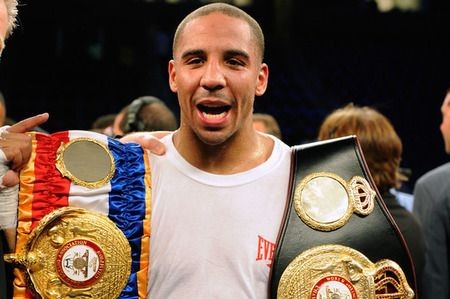