The scene is set for an upcoming WBA welterweight championship in Donetsk, Ukraine. The stir is already being felt around Druzhba Palace of Sports and in the city, as both boxing fans and casual citizens are in a clear anticipation of the first home defense for the local hero Vyacheslav Senchenko (29-0, 20 KOs), which takes place this Saturday night. Senchenko, 31, who is virtually unknown worldwide, enjoys a fascinating following in the heart of Donets Basin. The former 2000 Olympian for Ukraine started his pro career in June 2002 and fought just five times outside of his hometown and only once outside the Eastern Europe. That, however, hasn’t prevented him from winning a major belt, while fighting exclusively in Donetsk for the last three years.

This April, Senchenko turned in a classic and classy performance to outpoint K2-East promoted WBA welterweight champion Yuri Nuzhennko in twelve hard-fought rounds of all-Ukrainian megafight. Since then, Union Boxing Promotion, which governs Senchenko’s boxing career, has been desperately looking for viable opponents, yet choosing WBA #15 Motoki Sasaki as Vyacheslav’s next foe.

Yuri Ruban, the president of the Union Boxing Promotion, revealed some details about staging this match-up during the Tuesday presser. “We were searching for some really sound candidates, other than our Japanese guest. Our team was one short stroke of pen from signing a deal with Ricky ‘Hitman’ Hatton but the doctor has forbidden the fight and hasn’t allowed British top star to fight for about a year. His brother Matthew would have possibly been a good choice but he was unranked at the time”. And here comes OPBF titlist Sasaki. “We have got acquainted with Team Teiken. So we asked our Japanese friends for help and they offered us this kid (Sasaki) as an opponent. The fighters from the Orient are known for their spirited and savvy character. We all know it’ll be sort of test for the champion. Maybe we shall even stage a co-promoted tournament in Japan to thank our foreign partners,” said Ruban.

Vyacheslav Senchenko wasn’t haughty or arrogant but his usual modest self. “Sasaki is a great fighter, a technically sound pugilist, which has not only Plan A but Plan B and Plan C as well. We got some problems studying his fights because two of his last three opponents (Filipinos Dexter Delada and Rev Santillan) were lefties; so we paid an extra attention to his fight with Indonesian Darsim Nanggala. I’m prepared for a tough collision and I’m even in a better shape than against Yuri (Nuzhnenko).”

Having been asked about his plans to fight overseas, Senchenko didn’t hide his eagerness, “I wanted to fight in the USA badly but after the discussion with my promoter both of us decided that Donetsk is the best choice for yet another clash. But I have set my sight on the American soil anyway. I hope to land there the coming year.”

Motoki Sasaki and his team landed Donetsk on Sep. 27. However, the post-flight wasn’t a usual routine for Asian guests as one member of Team Sasaki was charged with walking around without a passport (which is a reason for being brought into custody for an additional personalization in Russia and Ukraine as well as some other post-Soviet countries) by Ukrainian militiamen. It wasn’t without UBP help that had finally resolved the issue.

“We thank our partners very much for an equally much needed help and for an overall hospitality. We are being treated very nicely here,” said Teiken Boxing Promotions’ representative Nobuo Ikushima.

Motoki Sasaki (32-7-1, 20 KOs), 33, arrived in Donetsk with a huge Japanese banner, which has signatures of each of his opponents. “That’s my talisman,” declared Sasaki proudly. “It helps me much to prepare for the fights spiritually and to obtain a battle mood before entering the ring. Here is Slava’s signature as well”.

Sasaki has never fought outside of native Japan; the vast majority of his bouts being conducted at legendary Korakuen Hall in Tokyo. His biggest wins were against Tadashi Yuba and previously unbeaten Daudy Bahari and Hisoka Kudo. Yet, the guest fighter, who is also a judo practitioner, was beaming with confidence. “I’m sure I can prove I’m a better guy on fight night. I have nothing but an utmost respect for Vyacheslav. He is a great warrior but I’m just slightly better and I’ll prove it. I want to thank his team for giving me a chance to fight for a recognized belt,” clarified his plans Sasaki, who was wearing a gauze bandage beyond his mouth to prevent any infection.

It’s worth noting that Sasaki isn’t the first Japanese fighter to visit Ukraine. A year ago, one of Motoki’s former victors Norio Kimura has already battled against Ukrainian in Lviv, loosing a lopsided decision to Andrey Kotelnik in a bid for WBA light welterweight title.

On Wednesday both contestants compiled their open workouts for media in attendance. Senchenko compiled only a warm-up, while his opponent trained diligently, conducting a number of various exercises. Meanwhile, Senchenko was discussing his fight plan with reporters. “I’m going to play with him at long range. Motoki is known for his come-and-brawl type of fighting. I intend to have him at the end of my jab, not allowing him to induce a street fight in close quarters.” Not surprisingly, Sasaki’s plan was quite opposite, “I’m gonna make him pay for working on a short distance. I have a specific tactics, which will help me to get closer to Senchenko and to ambush him there. I’m not a sitting duck and I’ll try to avoid his jabs and counters. He is taller than me and it’s a problem but I’m sure I’ll be able to resolve it.”

Shot of the day 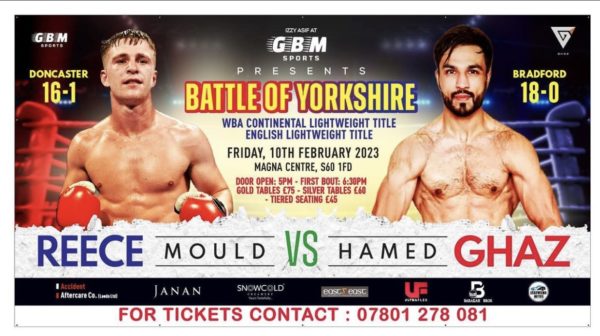 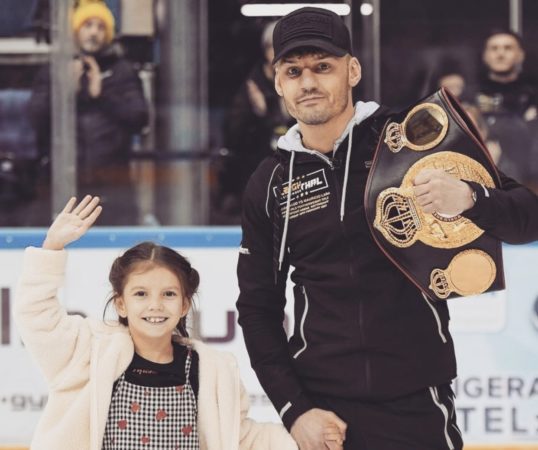 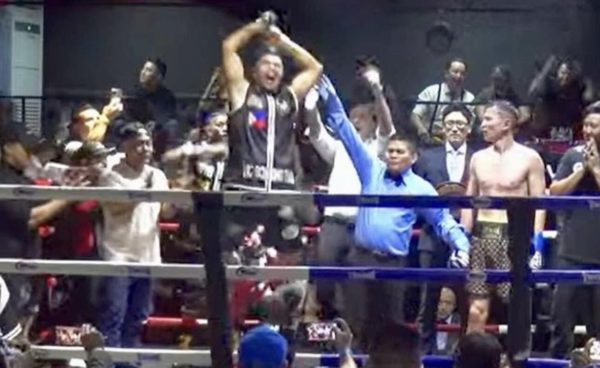