Wladimir Klitschko (59-3, 51 KOs) and Francesco Pianeta (28-0, 15 KOs) participated today in the fight week press conference at the SAP arena in Mannheim to talk about their fight on May 4. IBF, WBA, WBO, IBO and “The Ring Magazine” Heavyweight Champion Klitschko and his undefeated Italian contender Pianeta will face off next Saturday at the SAP arena Mannheim, Germany.

Wladimir Klitschko: “I know that Francesco Pianeta will have a fight plan but there is the famous quote by Mike Tyson that says: ‘Everyone has a plan until he gets hit’. Pianeta will be super motivated and wants to use his big chance but I am very experienced and will show him his limits.”

Francesco Pianeta: “I had a very good preparation and am highly motivated. It will be my son’s birthday four days after the fight and I would like to give him the belts on this day.”

The fight will be shown live on RTL in Germany. EPIX will show the fight in the US.
Remaining tickets for the fight night are available on www.saparena.de and via phone under +49-621-18190-333. 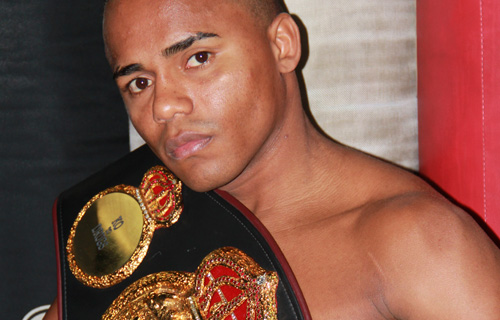