Buglioni is currently ranked #4 by the WBA, but dethroning Chudinov won’t be easy. Leaving no stone unturned, he has hired Dublin based Alan Heary, the sports psychologist who hypnotized Steve Collins, Buglioni’s current trainer, ahead of his fights with Chris Eubank in 1995 and Nigel Benn in 1996.

“Steve Collins knows full well about being the underdog,” said Buglioni. “This is a top, top fight, so we’ve pulled out all the stops. I’ve taken his advice on board and am actually using the same psychologist he used for the Chris Eubank and Nigel Benn fights.”

Collins won his fight with Eubank and his two fights with Benn. Hypnosis may have been a factor. But there were other factors as well, including the ability to dish out and absorb punishment.

“We’re doing everything we need to do and this is working wonders for me,” Buglioni said. “It worked with Alan Heary for Steve Collins and it’s really working for me. I’m seeing him a couple of times a week and they can last anything from an hour to an hour and a half. It’s the equivalent of doing a 10-round spar without the physical.”

Some are skeptical that hypnosis will help Buglioni defeat Chudinov, but the “Wise Guy” isn’t among them.

“He’s in for a shock,” said Buglioni. “I’ve been working on my defense and head movement and I’ve got the reach advantage, so if he wants to land his shots he’s going to be getting hit on the way in. I’m also the biggest puncher he’s ever faced.”

Old-school trainers will scoff at hypnosis, but if it’s the difference between winning and losing Saturday night, we may start seeing hypnotists in fighters’ corners. 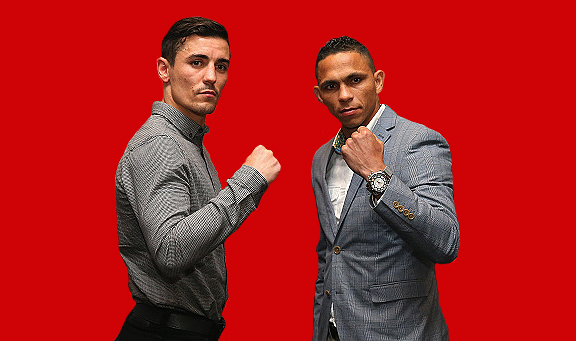