The World Boxing Association interim super lightweight champion, Johan Pérez from Venezuela and his opponent, the Dominican Fernando Monte De Oca, were the first to step on the scale that was located at the Marriot hotel in Catia La Mar.

The supervisor Alberto Sarmiento, said that the Dominican weighed 61 kg and the Venezuela at 62,400, the latter loudly said: “this is ready”, and ran to get an energy drink.

This was the beginning of the official weigh-in ceremony for “The Challenge” scheduled to start at 7 pm on Saturday, in the Vargas Sports Center in La Guaira.

Then came was the turn of Alexis Diaz (46,900) from Venezuela and Jorle Estrada (46.300) from Colombia, who will fight Fedelatin title.

The featherweight Mayerlin Rivas from Zulia, Venezuela, marked 55,400 kgs. and her opponent Liliana Martínez from RD marked 54.800 and will fight for the Rufo John Cup, as a posthumous homage to the promoter.

To close the day were summoned the stars of the battle for the WBA interim Super Featherweight title. The Colombian Silgado Calista, who weight 58 kg, while Ogelidis “La Niña” Suarez weighed 59.400, 300 grams over the limit of the division.

According to the regulations she had to 2 hours to make the required weight. A few minutes later the champion was still over weighed (59,400).

Finally, on the third try, Ogleidis Suárez weighed 58,800 and will face the Colombian Silgado for the interim belt. 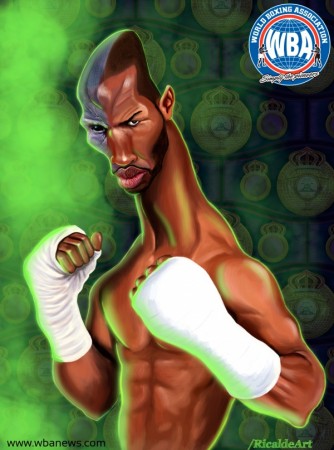