Venezuela will be full of boxing from side to side to commemorate a year since the passing away of the President Emeritus of the World Boxing Association, Gilberto Mendoza, who died on March 11th last year.

From Monday, March 6th, most of the states in the country will have boxing bouts on what will be the First Gilberto Mendoza Festival, whose legacy is indelible. The opening will be held in Apure, Portuguesa, Monagas and Anzoátegui, where there will be amateur boxing supported by all local associations. On Tuesday it will be Mérida, Miranda, Trujillo and Delta Amacuro’s turn, while on Wednesday, Sucre, Vargas, Yaracuy and Carabobo will be the states designated to carry out the activities.

On Thursday, the fights will be in Guárico, Falcon, Nueva Esparta and Aragua and, on Friday, Bolivar, Lara, Barinas and Zulia will host the amateur fights with the support of different Venezuelan authorities.

The Saturday session, which will be the most important of all, will start with a mass at the Gimnasio Vertical Parque Codazzi at 10:00 am local time. At noon, the Gilberto Mendoza Boxing Hall will be officially inaugurated, in which the family of the leader will be present. Meanwhile, at 5 pm, another Mass will be celebrated, this time at the Yesterday  Recreation Center, a special place for Dr. Mendoza and where the history of boxing in his country has written some of its best pages.

A professional boxing card, organized by the company Promociones Morón Contreras, will top off this set of commemorative activities. In this program at the Yesterday, great boxers as Johan Pérez, Iván Matute and Alexis Díaz will be fighting.

First day of the Gilberto Mendoza Boxing Festival was a success 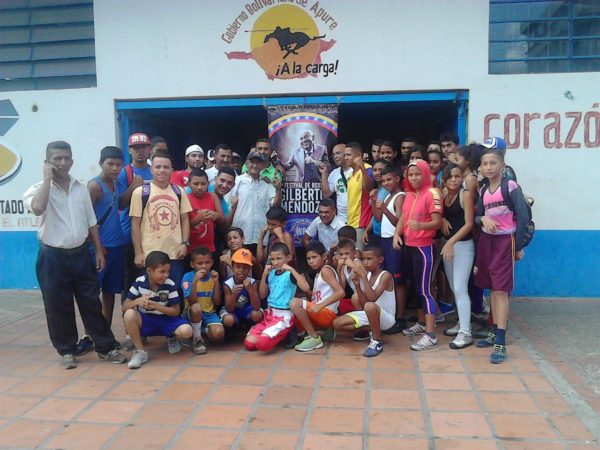