Román González’s return to the top with his victory over Khalid Yafai earned him the World Boxing Association’s (WBA) Boxer of the Month award. “Chocolatito” got a great technical knockout this Saturday night fight to take the February award, while Panamanian Luis Concepcion got the Honorable Mention.

The leading boxing organization published its ranking of the second month of the year and with them the awards for that period. Gonzalez became the new Super Flyweight Champion after a couple of years without a championship belt and he did it in a great atmosphere at The Ford Center at The Star, in Frisco, Texas.

The Nicaraguan showed strength and courage to achieve a demolishing victory against one of the most solid champions of the division, who had five consecutive defenses and was undefeated in his career.

On the other hand, Concepción won the Honorable Mention due to his victory over the Colombian Rober Barrera, in Panama City, on February 7 . The “Nica” did his best to take a dramatic knockout victory in round 11 during the KO Drugs in his own country when he was down in the judges’ cards.

The WBA February rankings of can be found in detail on the WBA website in the corresponding section.

Mayerlin Rivas was the female boxer of February 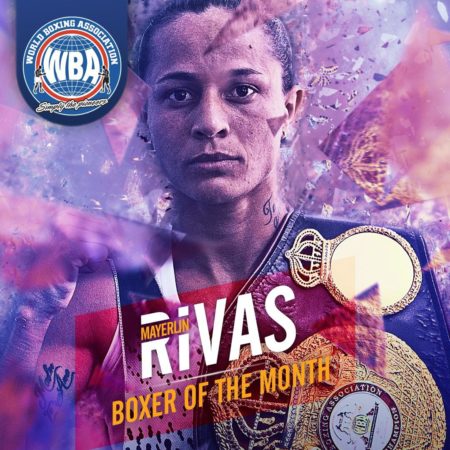