Vergil Ortiz Jr. showed that he is one of the best young fighters in the world and that he is ready for great things as he scored an easy victory over Brad Solomon in Indio, California. The American retained his gold title from the World Boxing Association (WBA) in the welterweight class with a fifth round technical knockout.

Ortiz is a strong and calculating fighter who knows how to hurt his rivals and on Friday night it was no different. The Dallas native won all the rounds and managed to knock Salomon down three times before his opponent could not continue.

The impacts of the powerful 21-year-old fighter were too much for the veteran and Ortiz looked great once again while his he gears up to step up the competition to face the best of the division in the near future.

The Texan’s knockout percentage is perfect and now he has 15 knockouts in the same number of fights. For his part, Solomon left his record at 28 wins, 2 losses and 9 knockouts. 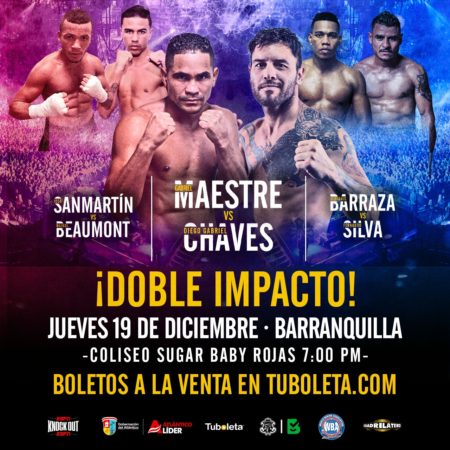