Golovkin, fighting out of the red corner in white trunks, did to Lemieux what he did to the last 20 men he fought. Lemieux was the most accomplished fighter Triple G has faced, and the Kazakh Kid made him look like a sparring partner.

Fighting out of the blue corner in purple trunks, Lemieux had neither a coherent game plan nor the elevated skills needed to compete with a talent like Golovkin. The Canadian had his moments, particularly in the sixth and seventh rounds, but it was an uphill battle, and a bloody battle at that, which Lemieux was destined to lose and lose big.

The 20,548 Garden faithful got what they paid for. They wanted to see one man dismantle another and Golovkin was more than happy to oblige. He stalked and stunned Lemieux on numerous occasions, using the straight right, left hook, uppercut, and a newly refined jab in his deadly arsenal.

Lemieux has courage to spare. He ate punches from the opening bell and was determined to go out on his shield. But the result was, for all intents and purposes, a foregone conclusion. Golovkin looks unbeatable at the moment. Maybe the winner of Cotto vs. Canelo will be an actual test.

As boxing tries to fill the void Mayweather’s retirement has created many fighters will be anointed the next big thing in the upcoming months. There’s loads of talent out there, master boxers as well as master sluggers, all of whom appear to have been born for the express purpose of filling some very big shoes. 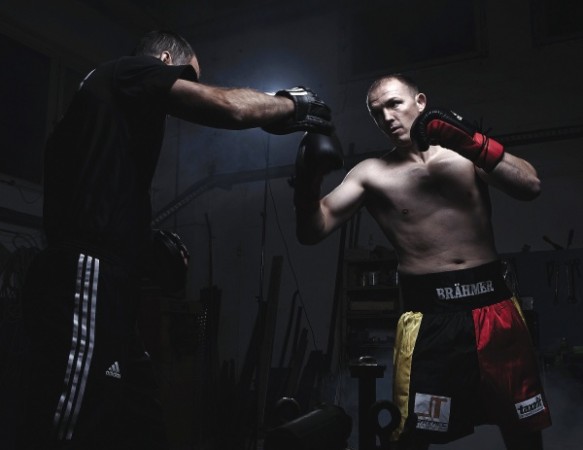