Artem Dalakian defended his flyweight crown of the World Boxing Association (WBA) against Sarawut Thawornkham with a technical knockout in the tenth chapter. A great atmosphere in the Parkovy Center, in Kiev, Ukraine, accompanied the exhibition of the local monarch, who had a difficult battle, but he resolved it in a great way.

The Thai challenger sold his defeat face and went to fight with the champion from the start. The combat was exchange in almost all its development and Dalakian was achieved with an aspirant who always wanted to take away the crown, which is why he had to use it thoroughly.

Although the Asian showed courage and was always looking for the fight, in the end the referee had to stop the commitment to the punishment that he was proposing the fighter of Eastern Europe.

For Dalakian it was his third defense of the black belt and gold and until now it has been one of his toughest matches, but he showed why he is champion of the organism with more tradition in the world.

Now, the Ukrainian has a record of 19 wins, no losses and 14 knockouts. Thawornkham, meanwhile, left his balance of 20 wins, 2 setbacks and 14 wins before the limit.

The WBA Academy project was presented in Yekaterinburg 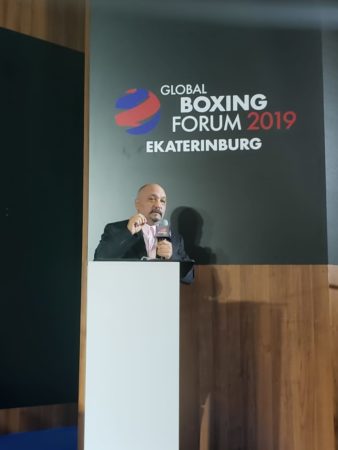