Roman “Chocolatito” Gonzalez became World Boxing Association (WBA) Superchampion one more time putting up an outstanfding performance against former undefeated champion Khalid Yafai knocking him out in the ninth round in The Ford Center at the Star in Frisco Texas.

The Nicaraguan cleared all the doubts about his physical condition and about his future in professional boxing. He left no doubt that he is still belongs to the elite of boxing showcasing his experience, braveness and thoughness to stop the Brithish boxer in an action packed bout.

Gonzalez had to go toe to toe against Yafai, who did not make it look easy. Gonzalez took advantage of his biggest punch power and hand speed going forward and risk it all on his search for the Black and gold belt.

Roman got more confident as rounds went through getting better to demolish Yafai little by little, the left uppercut was a punch that helped him during the match in order to fight in the short distance, which favored him against a taller fighter.

In the ninth round, what a visible punishment on Yafai, Chocolatito connected a big right hand who sent Yafai to the canvas. The dramatic fashion of the knockdown did not let any other option to Referee Luis Pabon but to stop the fight, decreeing a technical knock out in favor of Gonzalez.

Roman, a 4 division world champion conquered another WBA championship belt, which he did not possess since 2012. His new record is 49 wins, 2 losses, and 41 Knockouts, meanwhile Yafai’s record fell to 26 wins, 1 loss, and 14 Knockouts.

Roman Gonzalez is the Boxer of the Month 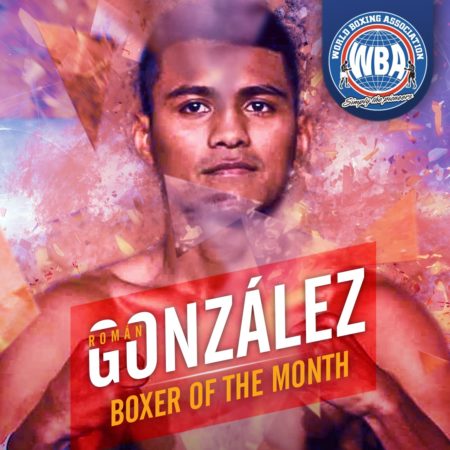